Did you know Warner has a great selection of movies, music, and audio books? Look here to learn more! 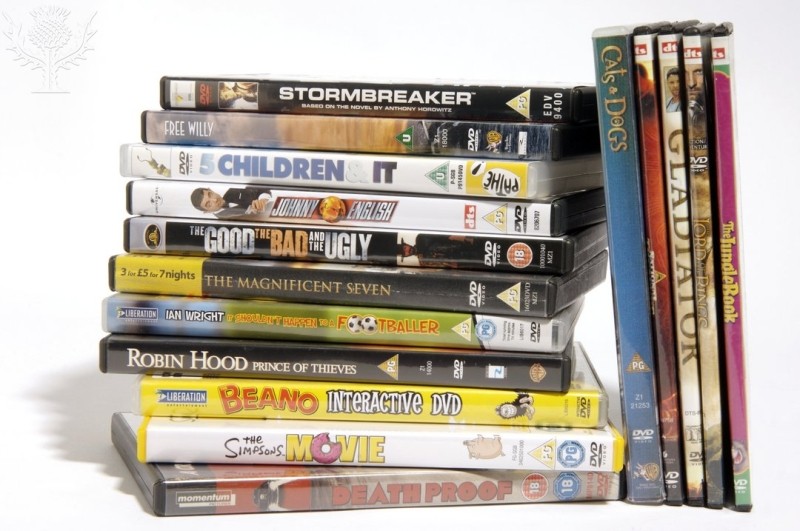 A list of new feature films & documentaries added to the library's collection.

Here in Warner Library our DVD collection is classified using the Library of Congress call number system. Non-fiction films are arranged topically according to their corresponding call numbers. Click here for a list of our feature films.

For example, non-fiction films about Christianity are located under BX.

Our feature films (fiction) are also classified using the Library of Congress call number system and are arranged by genre (Comedy, Suspense, Romance, etc.). All fiction films on DVD have call numbers beginning with PN1995.9 and are then followed by a genre division. See chart below. 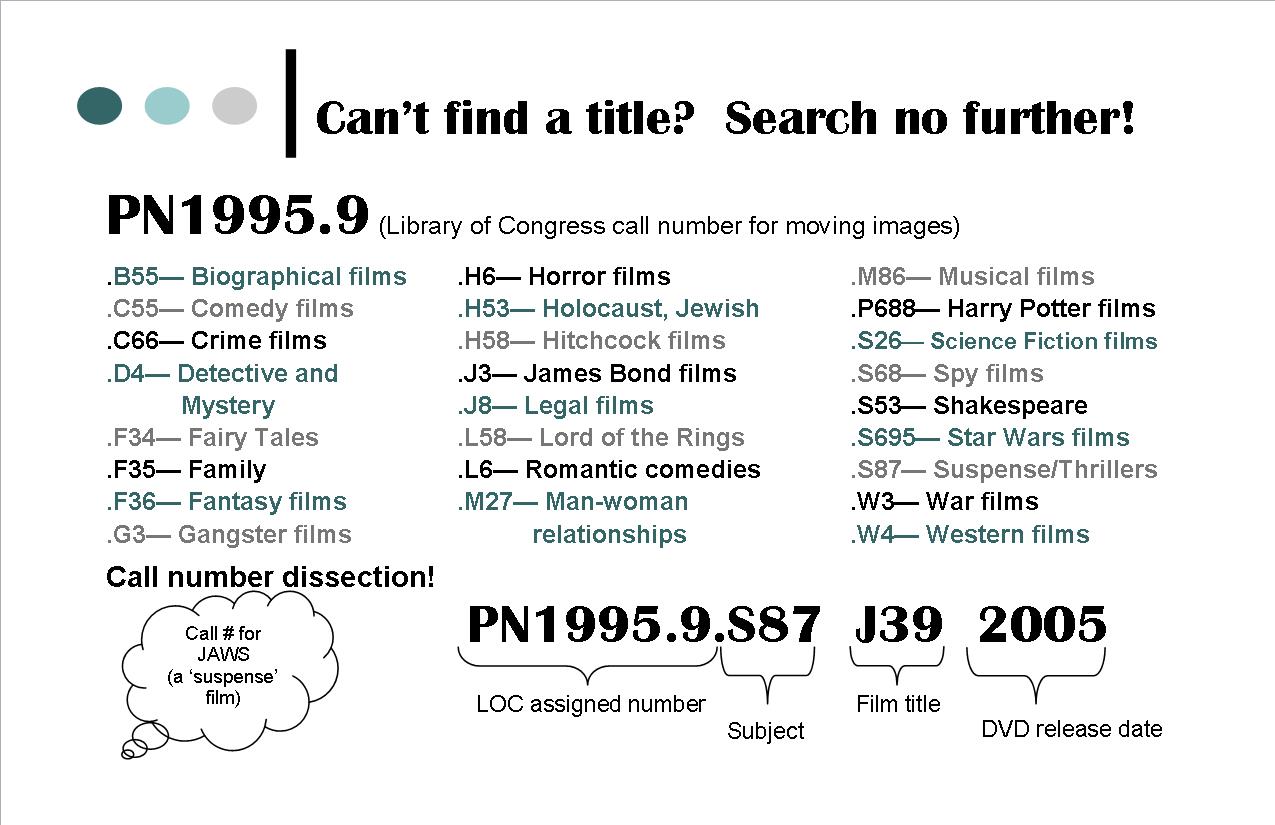 For example, romantic comedies are located under PN1995.9.L6 and then alphabetical by title