High profile news accounts have brought attention to policing methods and processes that may have imbedded bias and racism. The resources on this page are meant to help scholars discover the most current findings and trends in this field, and to discover what actions the government anon non-profits are taking to ensure unjust/racist procedures are eliminated. The graph below provides a graphic representation of adult American beliefs about policing and race. This graph was retrieved from Statista (see citation below the graphic) You can find numerous graphical, statistical presentations using Statista (which must be searched independent from Eaglesearch). 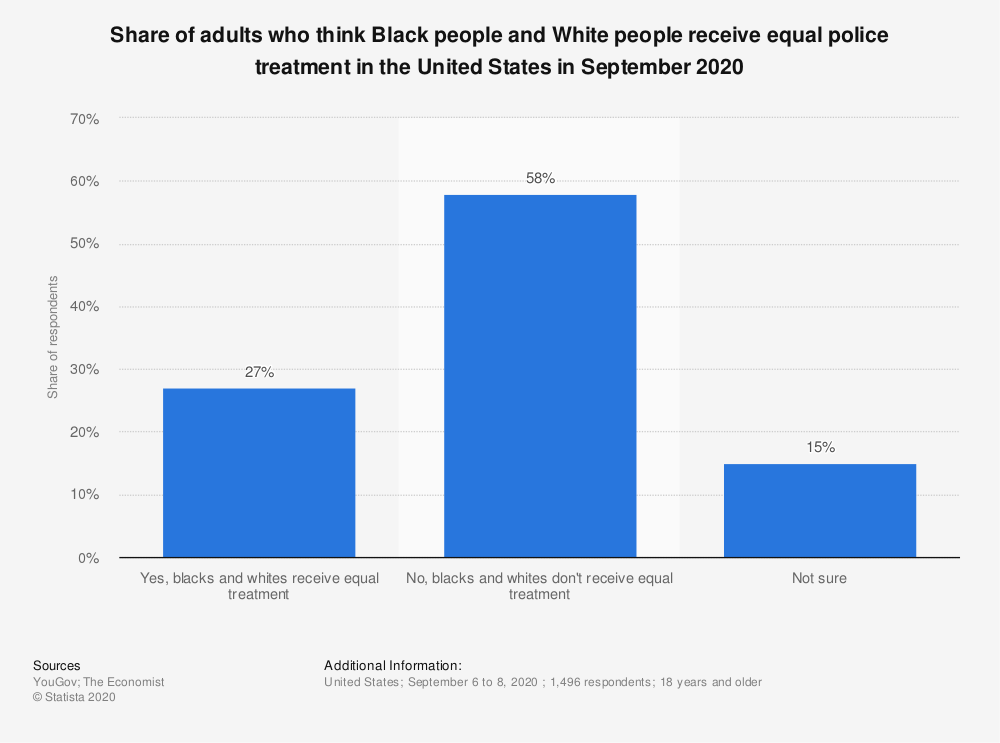 For most topics related to social justice, law, and policing, we recommend the following databases.

Need a print book we don't have? Use EZ Borrow! Search and borrow books directly from over 52 college and university member libraries in Pennsylvania, New Jersey, New York, and West Virginia. Books must be picked up at and returned to Warner Memorial Library. Several million to choose from!

Enter your Eastern University ID number to log into E-Zborrow